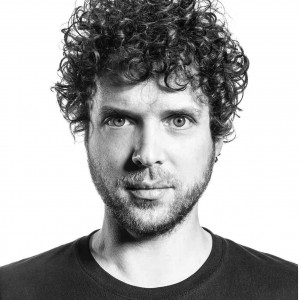 Having worked in the industry for over 10 years Stefan Sieler has built up a style to his work that celebrates classy black and white photography and bold colours. Whether shooting in house for fashion brands such as Lulu Guinness and Manolo Blahnik or creating advertising assets with BMB agency this style is evident throughout. He is known for building up a great rapport with models and clients alike whilst adapting to the brief and producing striking images.

Inspired by the likes of Guy Bourdin and Helmut Newton he takes elements of surrealism, saturation and symmetry and injects them into his work across music, fashion and still life. His portfolio includes portraits of Will Poulter, Chris Eubank, Martin Compston, Skin, Darryl Hannah, Ray Winstone, Jamie Winstone, Goldie, Orbital, Carl Craig and Little Boots to name a few.

All of these video interviews were shot on location during the summer by Lucky Life TV. The artists interviewed were all having photoshoots by Stefan Sieler working with Woolhouse Studios.